The Highlands of Iceland

Stretching for 40,000 square kilometers, the Icelandic Highlands are a vast landscape of unspeakable natural beauty. From the steaming vents and rhyolite, rainbow mountains in Kerlingarfjöll and Landmannalaugar, to the volcanic craters of Víti and Askja and the spectacular and atmospheric glacial valley of Þórsmörk.

The Highlands of Iceland invite you to take a step back in time to Iceland’s turbulent, volcanic past. Here, you will be able to witness the result of natural forces both cooperating and colliding to shape some of the most eye-wateringly beautiful backdrops on the planet. 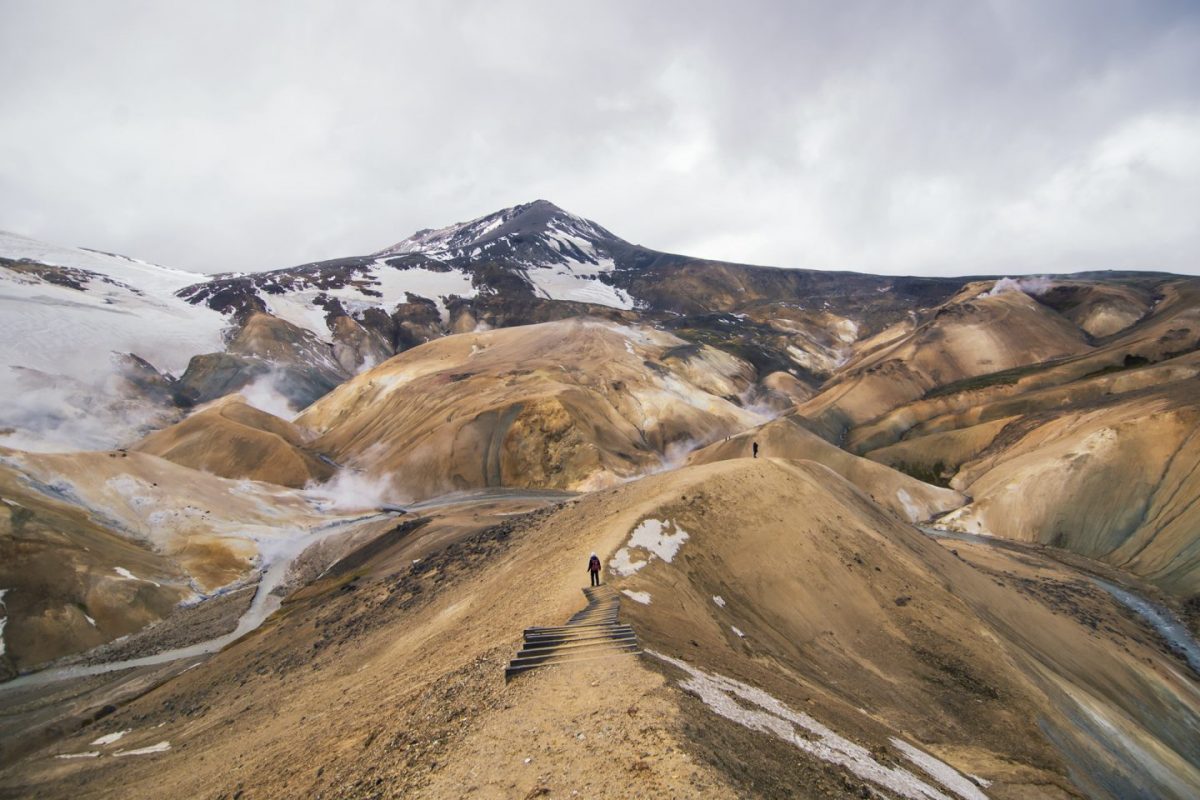 Iceland can often feel like a completely different planet with its alien landscapes and basalt deserts. This wild, raw and unforgiving environment has carved out some of the most exquisite mountain ranges, valleys, and gorges. It is, therefore, no wonder that Iceland’s Highlands are a hiker’s paradise. Trekkers from all over the world flock to this region every summer. They head off into the wild in search of adventure. The most popular highland trek is the Laugavegur trail. It stretches from Landmannalaugar to Þórsmörk. This normally takes around 3-5 days, and you can also join organized tours with mountain hut accommodation. There is even the opportunity to run the route, on the Laugavegur Ultra Marathon in the summer, for a trail-running experience like no other.

Þórsmörk is an especially dramatic region. It is popular for hiking and camping during the summer. Landmannalaugar is part of the Fjallabak nature reserve and is an even more popular location during the summer months. This is thanks to its incredible pastel mountains and also a natural hot spring, where you can relax after a long hike. 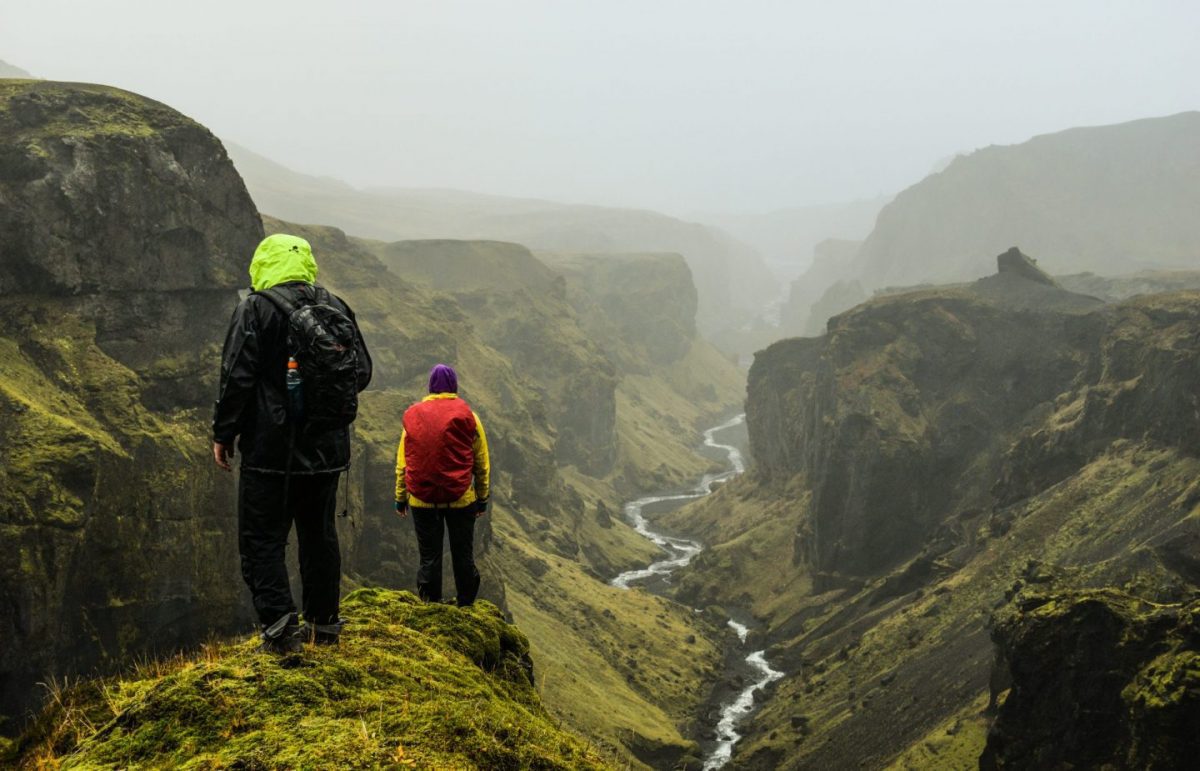 You can also use a chance to discover the Highlands on a route from Reykjavík to Akureyri. The Kjölur route passes Kerlingarfjöll and Hveravellir in the Central Highlands. Here, you can stop and take in the amazing surrounding and bathe in the natural pools. With mountain cabins and campsites with great facilities, as well as not so difficult roads, this is a very popular route to North Iceland during the summer months. It is important to be prepared for driving on any highland road, and you will need a 4×4 vehicle with high clearance. Always check the weather and driving conditions, and please note that highland roads are only accessible during the summer months.

Speaking of driving, the Iceland Highlands are also a beloved playground for local petrol-heads. They take their jeeps and traverse the mountain roads. This is of course also a popular activity for visitors to Iceland who want the express route on four wheels, rather than two legs. 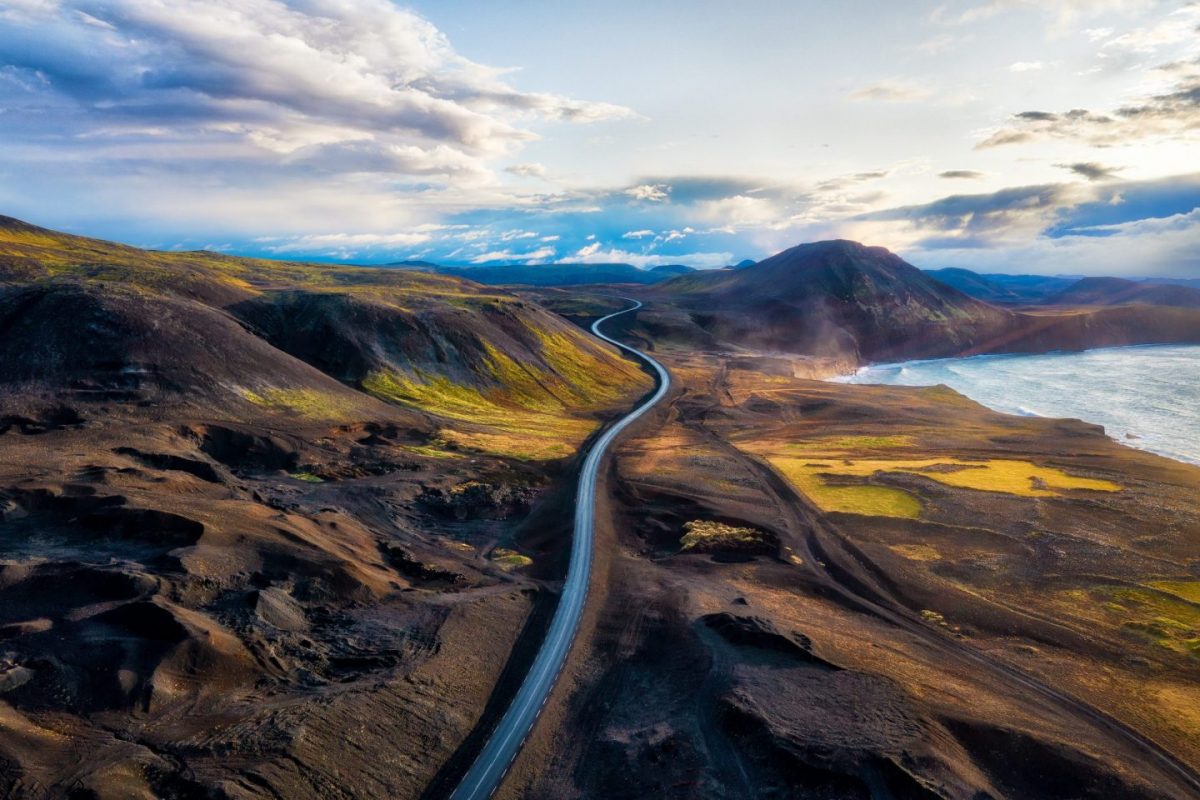 In the Highlands you will find Europe’s two largest ice caps, Langjökull in Kaldidalur valley and the colossal Vatnajökull in Vatnajökull National Park. You will also find Hofsjökull, whose scale is also not to be sniffed at. It is one of the largest volcanoes in Iceland. Don’t let this region fool you: It may look vast and motionless, but below the surface, there are rumblings and signs of things to come. Iceland is constantly moving, groaning, and breathing. This makes it one of the most wonderfully volatile islands on the planet. The Highlands of Iceland and their breathtaking palettes merely mask the shifting, brewing activity in the deep earth. 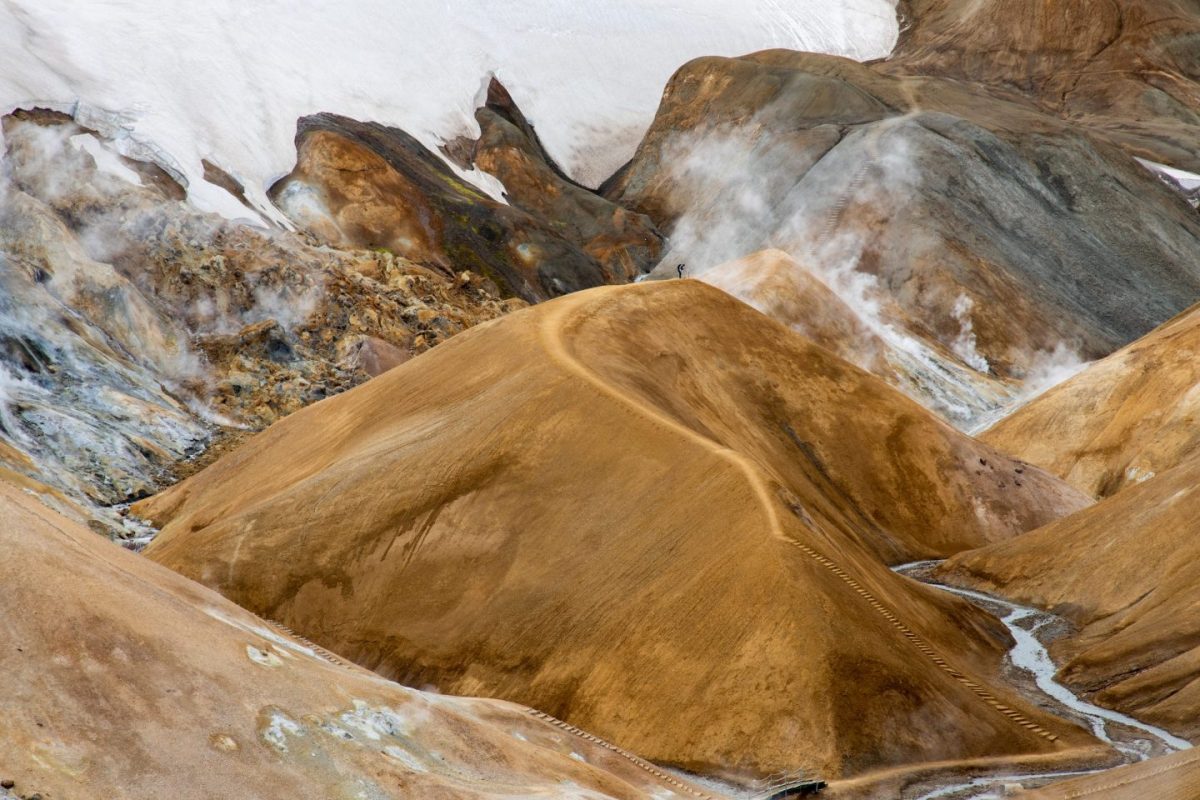 In the Central Highlands, you will find Askja. It is an active volcano that was once used by NASA to train astronauts how to deal with the lunar environment. Even though we can never tell which volcano is next to erupt, Askja has come close in recent years and could very well be one of the next eruptions to occur in Iceland in the coming decades. In front of Askja lies Öskjuvatn, a milky-blue crater lake. Many have braved its cold waters and wandered in, but it is not something that we recommend. Öskjuvatn is best enjoyed from a distance. Further to the north is the volcanic caldera of Krafla, and another famous crater lake, Víti.

Not short on craters, to the southern region of the highland are the craters of Lakagígar. This was the site of one of Iceland’s most destructive volcanoes. In 1783, the eruption of Laki caused so much famine across Europe that it is said to have led to the French Revolution.

Is There Wildlife in the Highlands?

There are tales of trolls who live in the most inhospitable and barren areas in the Iceland Highlands. You will not see them during the day, as the sun will turn them to stone. However, they are said to emerge at night… You might not see any trolls, and you won’t really see a great deal of wildlife in such a barren, but beautiful place. However, you might occasionally catch a glimpse of an arctic fox or even reindeer who roam the highland areas in the summer.

Full of magical mountains, hills, plains, valleys, canyons, gorges, and craters, the Highlands of Iceland take you on a real adventure and host many treasures. We strongly recommend that you add the Icelandic Highlands to your bucket list!