The wooden church of Grafarkirkja is full of mysticism and Icelandic history. Positioned in Höfðaströnd in northern Iceland, it can easily be found off Route 76 about 4 km south of the village of Hofsós.

It is the oldest wooden church in the country, with parts of the current church dating back to the 17th century. It is also the oldest Christian church in the country, and one of the few that is abundantly decorated. The earliest record of the church dates back from around 1240 and is found in the Sturlunga Saga, a famous collection of Icelandic sagas from the 12th and 13th centuries. The church is small and brilliantly positioned like a jewel in its surrounding landscape.

Soon after it was built, sometime around 1775, it was desacralized by order of the Danish monarch royal warrant and lost importance, after which it was long used as a storehouse for tools and equipment by local farmers.

In the middle of the 20th century, Þjóðminjasafn Íslands, the country’s National Museum, fully restored the structure to its original form and since 1939 the church has been under its management. It was re-consecrated in 1953, and about 10 years ago it was substantially renovated using timber and turf.

Grafarkirkja was probably built on the remains of an even older church and was the work of a woodcarver whose name is well known – Guðmundur Guðmundsson of Bjarnastaðahlíð, one of Iceland’s most famous woodcarvers in the 17th century. Perhaps the reason his name is still mentioned up until today is the extraordinary church decoration he created, a truly unique carving, particularly impressive on the altarpiece. 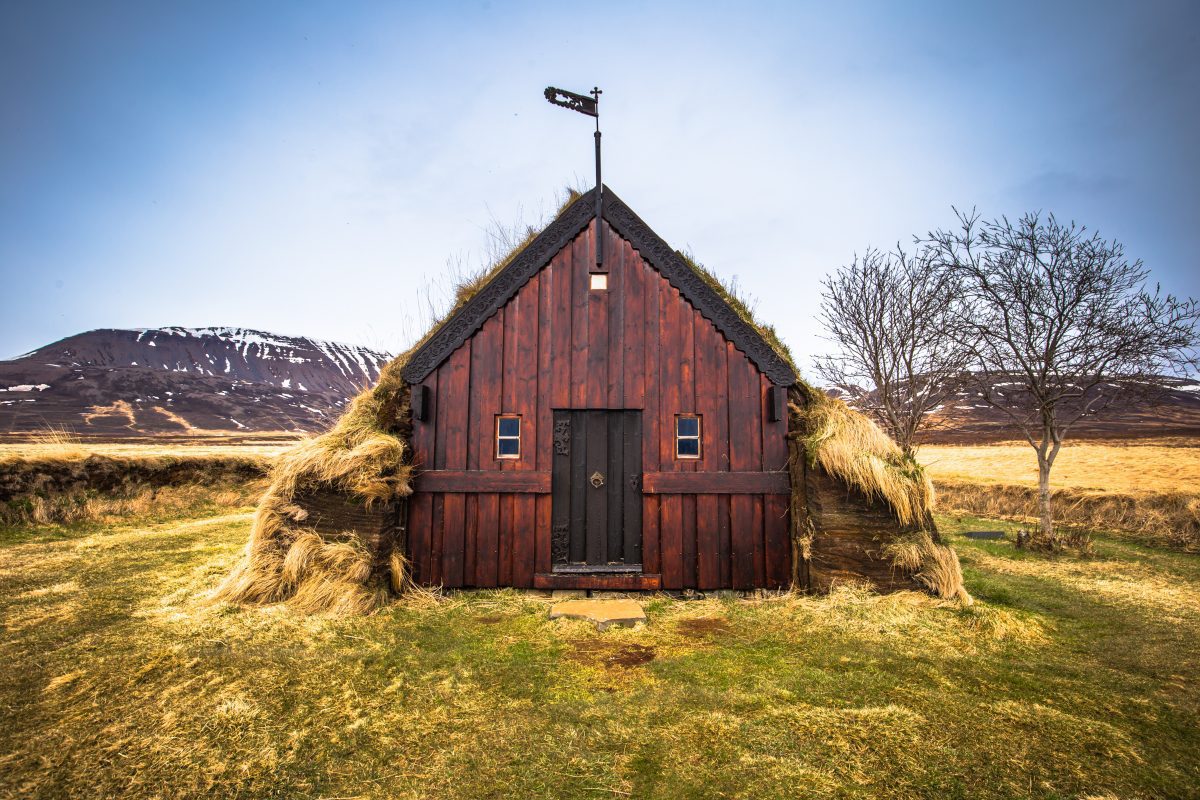 The wooden roof profiles of the church itself have beautiful carvings in the Baroque style, which is not very common in Iceland. Some church beams also bear carved elements. The woodcarvings recreate images and silhouettes, compositions and combinations that are unseen elsewhere in Iceland. The altarpiece in the church is a reprint of the old Baroque-style altarpiece from 1680. The central panel depicts the Crucifixion and the Last Supper, while the side panels depict the apostles Andrew and Thomas. At the top of the church is a weathervane with the letters 167_, the latter symbol missing.

In ancient times Icelanders lived in houses made of turf, accordingly churches were also built from it. Nowadays, there are only a few such churches left in Iceland. This particular church is the oldest of the 6 remaining churches in Iceland. In fact, it is the only surviving so-called “tile church” in Iceland; they are also called “turf churches”. Made of timber and turf. Other similar churches are Víðimýrarkirkja and Saurbæjarkirkja in northern Iceland and the Hofskirkja church in southeastern Iceland. Some of them have been preserved as historical monuments. A similar style is also present in house construction – for example, in Hof, South-East Iceland, houses are covered with turf, a practice that developed in Northern Europe as early as the Iron Age. 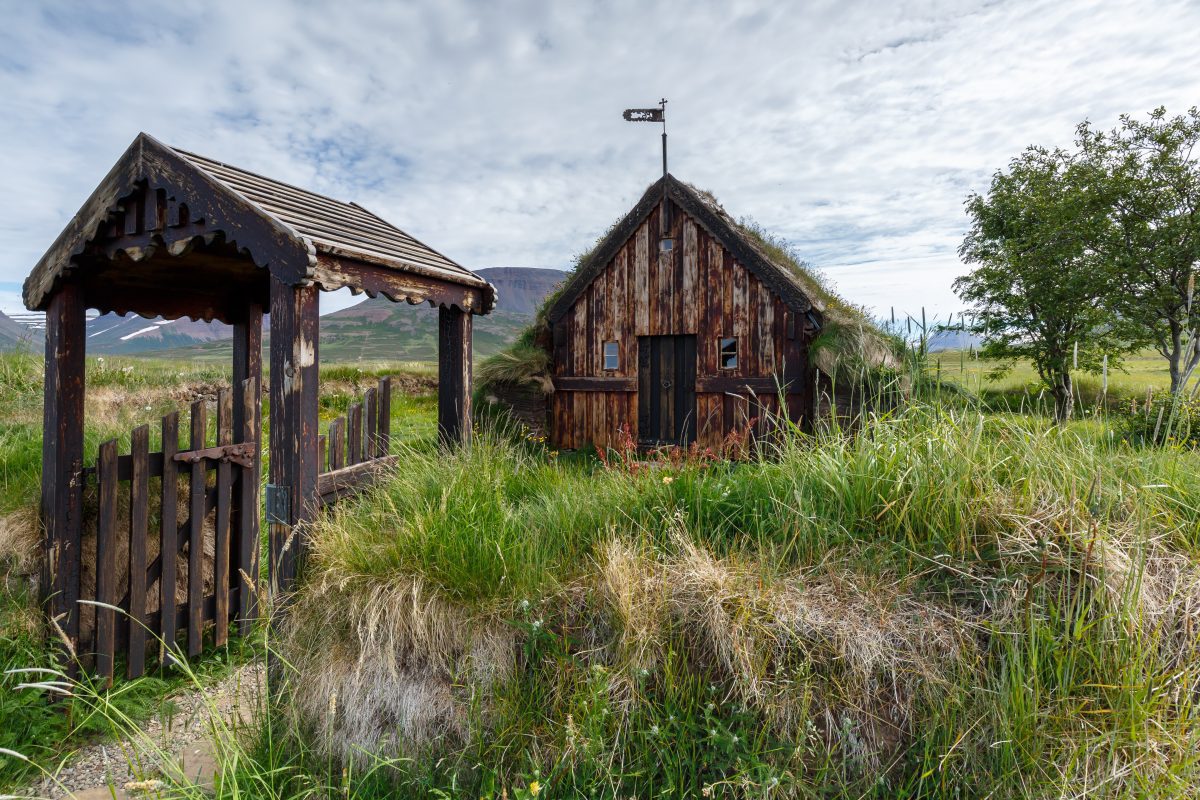 To protect themselves and their livestock from the harsh climate, settlers built shelters using trees as frames and covered the frames with peat. Towards the end of the 18th century, a new style developed in which the edges of the buildings were made of wood, and the walls and roofs were covered with turf. The roof was made of stone slabs and covered with turf. Some of these buildings have survived to the present day, and the Grafarkirkja church is one of them. Although at that time churches with wooden roofs were common for Icelanders, Guðmundsson’s intricate carvings give Grafarkirka a unique and everlasting beauty.

Want to explore the wonders of the North? Why not book a 10-Day Guided Tour and be sure not to miss out!